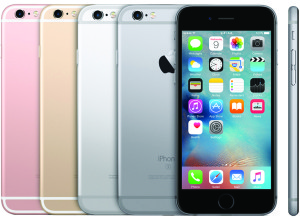 The next manufacturer off the list is Samsung. Mobile devices that overheat and cause fires are bad, but the state of panic Samsung will be in for the next two years may affect its entire product line. Without the Galaxy Note line on the market, there isn’t a business-grade mobile device in their arsenal. Of course, there are a half dozen other Android platform manufacturers, but none of them should really be considered because their lunch is about to be stolen by…

Google. The only true alternative to a work-supplied iPhone or iPad is a device that was designed and manufactured under Google’s express care. Google’s Nexus line and new Pixel line of devices are about to dominate consumer markets. The first selling point is security. Nexus and Pixel devices are the first Android platform tools to offer security, firmware and software updates. Second, the Google ecosystem of services is software and web-based so users can collaborate efficiently and thoroughly across spreadsheets, documents, creative projects or simple communication. Finally, the Android platform is much smarter software. The Pixel line of phones is designed entirely around behavior-sensing bots, a.k.a. artificial intelligence. So users can find solutions and customized devices within moments of use.

Of course, major purchases are not solely informed by what product is the best; there is also the user. In the end, the Apple line of mobile devices has indoctrinated a generation of employees to be Apple evangelists. For the time being, you might be resigned to an Apple device line, but watch out. Your next major purchase may be a fleet of Android devices. ♦