A: According to a 2014 CareerBuilder.com survey, roughly one in five employers has unknowingly asked an illegal question during an interview, and at least a third report being unsure about the legality of certain questions. 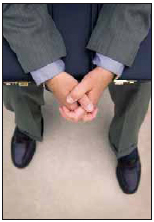 Often times, the legality of a question lies not in the asking itself but in the way a question is posed. For example, asking a potential employee about long-term career goals is fine, but asking when they plan to retire is not.Similarly, you may ask an employee if they are willing to relocate, but asking where they currently live can be interpreted as discriminatory and is therefore illegal. Other examples include asking a veteran why he or she was discharged or specifically inquiring about a person’s citizenship or national origin.

Often times, the difference between legal and potentially troublesome questions can be as simple as the wording. For example, asking if a person takes illegal drugs is acceptable, but making a general inquiry into drug use is not, as a candidate may feel compelled to disclose medical information. Similarly, asking an applicant how frequently he or she was absent from work in the last year is fine, but specifically inquiring about the number of sick days taken is not.

The other questions the survey recommends staying away from include:

What is your religious affiliation?

What is your political affiliation?

How old are you?

Do you have children or do you plan to?

Are you in debt?

Do you drink or smoke?

Again, none of the questions themselves are expressly illegal — Title IX doesn’t actually have a list of “illegal” questions — but they all lead to answers that could be used to discriminate against certain people, and therefore put an employer at risk for a lawsuit.

Beyond these most common questions are others that are less frequently covered but still potential pitfalls for employers. Prior to employment, employers may not inquire as to an applicant’s next of kin, union affiliation, if they are receiving Social Security benefits. They also cannot ask questions pertaining to a person’s eye color, hair color, accent, or any other questions that might indirectly indicate race or social status. n

Send your questions to chad@iowabusinessjournals.com.