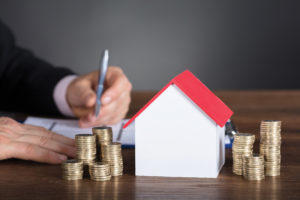 Scott Carlson’s restaurant on Eighth Street in West Des Moines has done well in the first two years since it’s been open.

It was one of the first new businesses to open and stay open along its stretch of Eighth Street in many years and is what city leaders and business owners hope will be a catalyst in bringing life back into the commercial businesses along the busy roadway.

Until that happens, Carlson doesn’t think his property’s value should skyrocket. With less than a year of operation under its belt, the Polk County Assessor’s Office increased the building’s value by $439,000.

“When they first gave us the assessment, we didn’t disagree with it. We put money into the building,” he explains. “But the rest of the area hasn’t improved. Don’t assess us because we started to turn Eighth Street around. … We want it to happen, but it hasn’t occurred yet.”

Carlson, operating as 1238 Eighth Street LLC, paid $500,000 for the property and building at the end of 2015. He said he substantially invested inthe building cosmetically and made it into a new restaurant that opened in spring 2016. He also owns Court Avenue Restaurant & Brewing Co. and Americana downtown and invests in areas of
communities that need revitalized, he says. Both of those restaurants are located in historic buildings that needed to be updated in areas of Des Moines that had not yet economically turned around.

Carlson thinks the same turn-around is possiblefor Eighth Street. He points to a newer Kum & Go and Dunkin’ Donuts farther north on the street and improvements to the office building directly to the north of his as signs of improvement.

He says there are little pockets that have done well, but more needs to be done before assessing his property as if all his neighboring properties were in prime condition.

There’s still much that’s needed: Other restaurants on the opposite side of the street are vacant, and a mixed-use development has vacant storefronts and residential units. At the time of his 2017 assessment, the office building was not yet complete and still had several vacancies.

“Once the city is behind it and does some changes for the better, then it will be more valuable,” Carlson says of his property and others along Eighth Street.

He predicts he’ll likely have to appeal his assessment again in 2019.

Commercial property taxes are one of the biggest operating expenses a business can have, according to Real Property Tax Advisors, a property tax services company that has been in operation since 1972. A successful appeal could save thousands of dollars or more and reduce overall operating expenses.

Here are some questions to consider:

1. How do commercial property taxes work, and what affects them?

Commercial properties are assessed at the same time as residential real estate to determine the value of the property as of Jan. 1 of each year. Properties are assessed on an annual basis, but they are revalued on odd years, and all property owners receive a mailing of their assessment at that time, says Randy Ripperger, the Polk County Assessor. If there is no change in value, the assessment will stay the same.

The county assessor’s office estimates the fair market value of all property, whether it’s commercial or residential; it does not determine tax rates, or calculate or collect taxes, he says. The valuation is based on the fair market value, which is determined using three approaches: market, which includes sales of similar properties and the
probable sale price of the property being appraised; cost, which estimates labor and material prices it would take to replace the property with one that is similar; and income, which is an estimate of the business’ ability to produce income.

New assessments will be issued in early 2019.

Property owners pay taxes based on each $1,000 of assessed value (see more information in sidebar). A business’ total tax bill is calculated based upon the budget and tax levy that each entity that receives property taxes sets. In Polk County, these are the local school district, the city in which the business resides, Polk County, Broadlawns Medical Center, the Des Moines Regional Transit Authority, Des Moines Area Community College,
Polk County Assessor, Polk County Ag Extension and the state of Iowa.

The majority of taxes go toward the budgets to support the school district, city and county where the business is located. The amounts can vary, but, according to the Polk County Assessor’s Office, about 90 percent of property taxes that are paid go to these three entities.

In summer 2018, Ripperger reported property owners could see a 10 percent increase in 2019 when assessments are sent out. In 2017, assessments increased an average of 8.5 percent, according to the assessor’s office.

The assessor’s office is mandated by state law to assess properties within 95 percent and 105 percent of market value, Ripperger says.

Sales ratios — the ratio of dividing a property’s assessment by its sales price — are currently running lower than this amount, which is why Ripperger says he predicts a 10 percent increase to meet legal guidelines.

2. Should you appeal your property assessment?

Many business owners don’t know that appealing their assessment is an option or the steps to take for an appeal, property tax experts say. Don Roose appealed the $317,000 assessment he received in 2017 for his office building at 1226 Grand Ave. in West Des Moines. The appeal was denied on the grounds that the assessment
matched its market value. The property’s value rose $25,000 in a two-year period, according to the assessor’s office.

Roose says he sent in his appeal along with some information he thought supported his appeal, but he admits he should have hired an appraiser.

“I didn’t do as many detailed things, but I thought I’d provided enough information,” he says, adding that he provided information about comparable properties.

Roose says the value of the building has fluctuated greatly since he bought it in 1991. County records show its value steadily increased until 2009 and then dropped after the market slump down to $286,000 in 2011. Its value stayed the same in 2013 and has begun to rebound since then.

Roose says he could understand the increase in value if the building were located in a newer area of West Des Moines.

“I don’t think the valuations have changed” in the older area of the city, he says. “They’ve changed farther out west.”

Roose previously appealed the building’s assessment in 2005 and was successful in lowering it by $31,000.

Landlords often pass on the price of property tax increases to their tenants. Carlson rents and/or leases the space for his other two restaurants, where he pays rent plus property taxes and insurance. He’s talked to his landlords about the values of those areas in hopes that they’ll appeal assessment increases on behalf of their tenants.

3. Is an appeal justifiable?

Much emotion is tied up in property taxes, especially when owners are notified that they will likely see an increase, property tax experts say.

After emotions settle, business owners need to conduct research or hire a professional to help them determine the answer.

“If you say: ‘I can’t afford it,’ or ‘It isn’t fair,’ I don’t think that works well,” Carlson, the restaurant owner, says.“You can’t just argue because you don’t like taxes going up,” he continues. “You have to do your homework.”

There are areas of the Des Moines metro that are expanding, meaning the commercial tax base has grown in those areas, and that money is being re-invested in the communities. Municipalities use tax dollars to pay for employee salaries, public safety measures and other items that are paid forthrough their operating budgets.

Cathy Creighton, the deputy assessor for Dallas County, says the areas of West Des Moines and Waukee that are located in her county are rapidly expanding. That’s adding a lot of value to the commercial properties in those areas.

The Polk County Assessor’s Office also suggests property owners consider whether they could sell their property for the amount the assessor suggests it is worth. If the answer is yes, then the value is likely correct. However, the assessor’s office considers these points as reasons for filing an appeal:

• The assessment is not comparable to others with similar properties.

• The property is assessed at more than its actual value.

• The property is exempt from taxation.

• There is an error in the assessment.

• The assessment is fraudulent.

4. How does the appeal process work?

Multiple methods are available for appealing a commercial property tax assessment, some of which are similar to how residential appeals are submitted and processed.

Business owners need to ensure they know all deadlines, use the proper forms and collect all the evidence they’ll need to file their property tax appeal:

• Note whether these are “received by” or “postmarked by” dates.

• Ensure how the appeal needs to be received (i.e. mail, fax, online or in person) and correct mailing addresses.

• Double-check the correct forms are being filled out.

• Determine which type of documentation is needed to support the appeal.

The county assessor’s office must notify the property owner of the assessed value in writing by April 1. The property owner can then request a review with the assessor between April 2 and 25. If an agreement is reached, no further action is needed. Property owners can appeal their initial assessments to the review board or request
a formal review by the board by filing a written protest between April 2 and 30. If April 30 falls on a weekend, the deadline is extended to the following business day. Petition forms are available at the assessor’s office or from the website: www.assess.co.polk.ia.us under “Protest Information.”

Ripperger says an informal appeal can shorten the process for property owners if the owner and an assessor come to an agreement about the value of the property.

The Board of Review, which comprises representatives from area mayors, supervisors and school districts, hears all formal appeals. If the protestor wants to have an oral hearing before the board, that must be written in the appeal. The board will make its decision, and then any appeal that is denied can continue on to the state’s
property assessment appeal board or district court.

The review board reviewed about 8,800 residential and commercial appeals in 2017. In an even-number year, they review fewer than 1,000, Ripperger says.

Dallas County follows the same review process and deadline dates. Dallas County’s review board has five members, and its protest form is only accepted via fax or U.S. postal service.

The review board may request the following information:

• A copy of an appraisal

• A copy of a sales agreement

• An itemized listing of any and all construction, remodeling or repair costs

There were 1,741 commercial parcels in the county in 2017. Of those, 73 appealed their assessment, and 12 received an adjustment in valuation, according to the Dallas County Assessor’s Office.

5. What criteria do you need to include?

Online resources, including www.loopnet. com and www.costar.com, are well-known commercial real estate websites that business owners can use to compare other properties and determine their value.

In general, business owners themselves or their hired expert, a qualified realtor or appraiser, should collect and provide:

• Information about sales in the area, specifically comparable sales based on square footage, location either in close proximity or a similar economic neighborhood or community.

• An appraisal of the property in question. (The appraisal is considered confidential to the person who orders it.)

• Income for the business.

• Expenses for the business such as rent history and three-years’ worth of expenses.

All information that is collected needs to be used to dispute the value that the property is assessed at for the current year.

Carlson, the restaurant owner, requested an oral hearing before the review board because he thought presenting in person made a better case. He showed pictures of the surrounding vacant buildings and the condition of other properties in the area. He asked that his assessment be reduced to $500,000. The review board didn’t agree but did lower the value to $650,000 from the initial assessment of $894,000.