Dear J.T. & Dale: I worked at a company on an hourly basis. I’d get 40 hours a week, but there were no benefits. I needed two days to attend computer certification training. I gave the manager three weeks’ notice. He told me “no.” Other people had given him a week’s notice and gotten the time off. I begged, but he still said “no.” So, I told him I had to take the days off. He told me not to come back. What should I tell potential employers about why I was fired? — Brad

J.T.: I think you need to tell a potential employer the facts. Then I would add what you would do differently in the future. The key is to show that you learned something from the experience. Even though it ended badly for you, you still can grow. I would say: “Next time, I would ask an employer in advance what the policy is on taking days off before I got hired. I’d make sure I knew the rules so I could plan accordingly.” By taking some accountability for what happened, you’ll show that you are someone who can move on and become better as a result of a bad experience.

DALE: That probably would work, but let me offer an alternative. To me, because you made the decision to defy your boss and accept the consequences, you chose to leave. 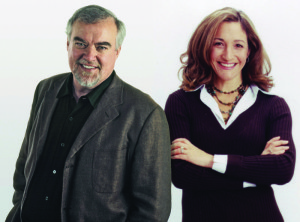 So you’d say: “I really care about growing and advancing, and I couldn’t get time off — even unpaid time off — for education and certification. So I decided to go ahead and leave the job and get my certification, and then search for a place where they encouraged employees to get better at their jobs.” That might help screen out narrow-minded employers without having to admit that you got defiant with your boss (something most prospective bosses don’t appreciate nearly enough).

Dear J.T. & Dale: I have a co-worker who regularly calls in sick. It’s a smaller company and she’s the only one who knows how to do her job. As a result, I feel like the boss looks the other way. I know for a fact that she isn’t always sick when she calls out. Should I say something? — Penny

DALE: Do so and you are likely to forever be known among fellow employees as Agent Penny of the Sick Leave Police. After all, sick leave has always been questionable. There still are places where you have to phone in when sick — as opposed to sending a text or email — and so there continues the long tradition of employees mastering that voice that puts the “ick” in “sick.” That tradition could end, as companies replace sick/vacation time with personal days or PTO, for “paid time off.” (The Bureau of Labor Statistics did a study a few years back and found that the percentage of larger companies with “paid personal leave” had jumped from 20 to 49 percent from 1993 to 2012.) One problem employers have found with PTO is that employees drag themselves in sick because they don’t want to “waste” their personal time on illness. On the other hand, some employers have used the transition to do some weaseling: For instance, a company that once gave experienced employees 12 vacation days and nine sick days instead offered 19 personal days. Do the math.

J.T.: Interesting, but let’s get back to Penny’s issue. I wonder how things would change if someone else knew how to do your co-worker’s job? Is it possible that you could volunteer to learn some of her role? Or, could you chat with your boss privately about how it could help with productivity if there was someone who could cover for her? If you approach the issue with your boss from a positive angle — that is, “I want to help the company stay productive by making sure we have backup for everyone’s role” — you could help change the dynamic. My guess is that your boss knows this is a problem but feels his or her hands are tied. Offering a way to untie them could help, without you making accusations.

Dear J.T. & Dale: I am a recent grad and was hired for a six-month contract job at my dream employer. They told me if I did well, they’d hire me full time. I thought I was doing OK, but at month four I had a review and they told me they were unhappy with my performance, and gave me a list of things to improve. What should I do? I get the sense that no matter how hard I try, it won’t work. — Ty

DALE: This WILL work, Ty. Let’s put the performance review in context. What was the easiest thing for your managers to do? They could have just given up on you, waited a couple of months and said farewell. But no, they didn’t take the easy way out; they went to the trouble to do a detailed analysis of how you can improve. Would they do that if they think it’s impossible?

J.T.: So let’s assume they’re on your side. In addition to your working hard to fulfill their goals, I’d also inquire if they could assign you a mentor. Sometimes having a colleague on your side can help to get you info you need to get up to speed.

DALE: A mentor would be good. But what you need — what we all need — are allies. Being a rookie makes it easier. Just go to the co-workers you admire and ask for their advice. Nearly everyone loves giving advice, and once they start, they are on Team Ty. Just keep going back to your bosses and your allies, and asking, “How am I doing?” They’ll love you for your concern.

J.T.: Nonetheless, as a backup, I’d also start looking for a new job. It’s always easier to find a job when you have a job. Then, if you get a good offer before the end, you go to your current manager and say: “I got offered another job, but I want to stay here. However, if you don’t plan to keep me, then maybe it makes sense that I take this.” They’ll appreciate your honesty, and you’ll be in a position to move on without a gap in work. Most importantly, don’t be too hard on yourself. Sometimes, even the companies we love just aren’t the right work environments for us. There are plenty of other companies you can pursue. And next time, focus on getting a mentor sooner and staying on top of your performance proactively so you aren’t caught off guard. n