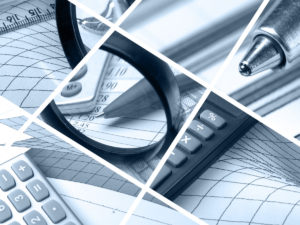 There’s much speculation about what tax changes could occur for business owners under a new presidency and administration.
President Donald Trump in the past months has proposed various versions of his tax plan after feedback from
lawmakers. Some tax preparers and accountants have a wait-and-see attitude — including Martens and Company CPA
LLC in West Des Moines, where a company employee says it’s too early to determine the effects of any possible changes.
Others are encouraging their business owner clients to move forward with expenses and purchases this year to receive the most
deductions they can now in case changes affect their ability to receive the same amount of benefit during the next tax year.
Changes to the tax code and tax laws are usually discussed with every change in administration, local accountants and tax
preparers say, but a large-scale reform rarely happens. The last one was during President Ronald Reagan’s tenure in office.
Meanwhile, here are four things for business owners to consider when it comes to their taxes.

Business owners will need the help of a professional accountant or tax preparer to ensure they do what’s financially best for their
business, says Todd Thorson, who is chairman of the taxation committee for the Iowa Society of CPAs. He’s also a certified public
accountant and partner with BKD LLP in West Des Moines.

Business owners can write off many expenses they may not know about, according to the Small Business Administration. For
example, new business owners can write off expenses they incurred the year before starting their business and even mileage, oil,
tires, insurance, lease payments and more for vehicles that meet the business usage requirements. However, the SBA also cautions
against assuming an expense is 100 percent deductible or having a large increase in expenses from one year to the next. This can
raise the eyebrows of the IRS, the SBA warns. More details are available at: www.sba.gov.

H&R Block tax preparers have created a small business tax checklist of potential expense records for business owners to present
to their tax preparer. These include costs for advertising, telephones, computers and Internet, transportation and travel expenses
such as meals and lodging; business insurance; interest; professional services such as lawyers or accountants; office supplies; rent or mortgage; and employee wages. In addition, the company recommends business owners retain all receipts of income including records of sales and checking or savings account interest; and records of inventory and costs for materials and supplies. The IRS requires receipts and records to support all expenses.

A professional can help business owners determine what is most important to their businesses and boil it down from there, Thorson says.

Those are fraud attempts.

One of the biggest areas that affects business owners is Section 179 of the tax code, which permits businesses to deduct as much
as $510,000 for equipment that does not cost more than $2 million. Congress extended this deduction last year. Previously, they were required to spread the deduction out over the course of five to seven years.

“It really helps match the timing of tax savings with the out of pocket for the purchase of the original equipment,” Thorson says.
The state deduction amount replaces $25,000, and Iowa does not allow bonus depreciation. Bonus depreciation allows
business owners to deduct 50 percent of the new qualifying property cost. This will remain in effect for 2017 but will reduce to 40 percent in 2018, 30 percent in 2019 and be eliminated by 2020.

Another issue that affects business owners is insurance costs. Small businesses with fewer than 50 full-time employees are not mandated to offer health insurance to their employees; however, there are tax benefits both to offering plans and having individual plans for the owner. Small business owners can still reimburse employees for their out-of-pocket medical expenses including health insurance premiums even if they don’t offer them a plan and meet certain requirements.

For their individual plans, CPAs suggest business owners need to consult with their tax professional to ensure they have a cost-effective plan and are utilizing any tax deductions they can receive from it.

Business owners also need to remember that earlier filing deadlines went into effect for 2016 and remain in effect for 2018. This
means employers are required to file 2017 W-2s and 1099s for subcontractors and other non-employees.

Most of the changes for 2017 were small and were continuations of previously approved provisions, says David Schreurs, who prepares taxes for sole proprietor business owners and individuals, and works as a Realtor in West Des Moines.

Business owners will want to make sure they take advantage of deductions they are eligible for through Section 179, he says. While there are no rumors that it will end, the possibility is always there.

Two examples of this would be paying bills on Dec. 31 instead of Jan. 1, or prepaying bills when possible, or making large purchases by the end of 2017 rather than waiting until the next year, he says.

“There really are some pretty substantial savings there by moving deductions into 2017 instead of waiting until 2018. We’ve been
pushing people we work with to do that,”Thorson says. “There’s no downside to doing that. It’s in everyone’s benefit to push as much
into ’17 as possible.”

Business owners who operate under an S-corporation status could benefit with proposed changes in tax brackets. These business owners are currently taxed at 35 percent. That number could be capped at 25 percent under Trump’s proposed tax plan.

There also could be an influx in prospective business owners taking that next step to start their own business if the tax bracket for business owners reduces to 20 percent from 35 percent.

The mortgage interest deduction allows taxpayers who buy homes to reduce their taxable income by the amount of interest they pay on their mortgage.

Locally, Iowa has a 69 percent home ownership rate and is one of the strongest in the nation, according to Iowa Realty. The Iowa Legislature this year approved the First-Time Homebuyer Savings Account, similar to a college savings account, where the money added to the account is tax deductible from the individual or couple’s state taxes.

Lawrence Yun, the chief economist for the National Association of Realtors, reports that homeowners have 45 times more net worth than an individual who rents.

“From what the statistics have shown us, it could reduce quality of life and pride in the community, and it’ll affect the net worth of the individual,” Nemmers says. “Statistically, renters aren’t as wealthy as someone who owns their own home and gets that tax advantage.”

The change could have a trickle-down effect into other industries including bankers who handle home loans and the trades industry, which builds and conducts home repairs.

“It’ll affect all of those things that go into taking care of a home,” says Nemmers, who has worked in the real estate industry for 14 years. “You could see some people not as proud of their home, and you’ll easily see homes that aren’t kept up.” ♦