Title Boxing Club is punching its way into town. The fight-club-type franchise that is said to be “the fastest growing franchise in America” is landed in West Des Moines.

Title Boxing Club is backed by national celebrities like New Orleans Saints quarterback Drew Brees and it has locations dotting the national map, but it’s the first of its kind in the Des Moines-metropolitan area.

The club offers boxing and kick-boxing classes, along with its signature Power Hour classes that are designed to burn 1,000 calories an hour for each participant. The boxing club also offers 30-minute lunchtime classes, and 75-minute weekend warrior classes, among other things. The club advocates a non-contact approach, in order to maintain a safe environment for to learn techniques to keep them safe outside the ring as well as work their bodies into shape.

Title Boxing Club West Des Moines is also a proud partner of Rock Steady, a national program that is designed to benefit people with Parkinson’s Disease. The program has been shown to positively impact the lives of those with Parkinson’s.

What in the blazes?

Do you have friends in low blazes? Then you are in luck, Blaze Pizza has opened a second store — this one in West Des Moines this past December. The grand opening featured free build-your-own artisanal pies to celebrate the 2,500 square-foot eatery that seats more than 80 people indoors and another 14 people outside on the patio.

The pizza place is known to have plenty of choices to satisfy nearly anyone. Offerings include the Meat Eater, Art Lover, Red Vine and the Veg Out.

The pizzas are cooked by fire to create an artisanal pizza without a long wait. The new store also has an assortment of wine and draft beer to choose from.

Each Blaze pizzeria produces Italian fare that the franchise touts itself as “…exceptional quality at lightning fast speed is what we’re all about.” The city’s first location is downtown at 300 Martin Luther King Jr. Parkway in Des Moines. The new Blaze is located in Valley West Mall at 1551 Valley West Drive, on the second floor next to Chipotle and across from Jimmy John’s. Call 515-518-0013, or visit www.blazepizza.com/locations/des-moines for details.

Eleven different kinds cheesecakes, several flavors of layered cakes, yummy-fudgy things, mint brownies along with cookies and assorted other baked treats will be served in the new shop known as Miss Nini’s Desserterie, which was recently opened by owner Janine Knop. Knop has previously been cooking her delectables in an Atlantic, Iowa, commercial kitchen and selling them around the Des Moines-metro area as well as online. The new shop seats approximately 30 dessert lovers. Miss NiNi uses “the finest ingredients, including fresh creamery butter, golden brown sugar, and the purest of extracts.” The new shop is located in the Hawthorne Centre at 9500 University Ave. in West Des Moines, it is in between Mainstream Boutique and Wasabi. Call 712-249-0145, or visit missnini.com.

A century-old Valley Junction brick building will soon be transformed into a beer hall, distillery and food truck incubator. The new West Des Moines project along Railroad Avenue and near 11th Street will be known as The Foundry, and it is estimated that the renovations will cost in the neighborhood of $4 million. Construction reportedly could begin this spring, which would make September a possibility for the first business openings.

The heart of the project consists of a 6,000-square-foot beer hall designed to simulate something you would see in Europe, and it could seat 250 customers. The space will also allow for live music events and an outdoor beer garden that would be unrivaled in the area.

Templeton Rye co-founder Scott Bush is said to be launching an unrelated distiller — called Foundry Distilling Co. — and it will take up approximately one third of the new project.

The Justice League of Food — a nonprofit that is planned to occupy the last third of the project if enough money can be raised — is planning to be a “commissary kitchen.” The non-profit kitchen would offer cooking and food preparation space for food trucks to rent and use.

Flashback to the past

Howard’s General Store is set to celebrate its grand opening on Feb. 4 at 10 a.m. at its location inside The Picker Knows. The ownership is encouraging people to attend and see the various types of wares that will be sold including old-time candies, sodas, popcorns, coffees, T-shirts, wines, salsas, jams, lotions, kitchen décor and more. To celebrate, in addition to other festivities listed below, there will be a cow-milking contest going on all day at the event, and Tracy’s concessions is said to be offering breakfast burritos, chilidogs, corn bread and other treats.

Howard’s General Store will be located inside The Picker Knows, which is located at 1208 Grand Ave. in West Des Moines. Call 515-255-3238 or visit thepickerknows.com for details.

New Leaf Wellness showed off its new digs on Dec. 1 with a grand opening celebration at 3930 Westown Parkway in West Des Moines. New Leaf was founded in 2011 with a mission statement of “At New Leaf, we want you to know how important you are to us – You are our mission!” The wellness center works to enable healing, comfort and treats customers with respect and dignity. Door prizes were handed out including a free Ellipse Laser Hair Removal treatment, 20-percent-off offers on skincare products, free peels, free micro needling, free Botox, free B-12 injections and a 28-day weight loss package valued at $875. New Leaf Wellness, 3930 Westown Parkway, West Des Moines. Call 888-728-7555 or visit www.newleafcenters.com for more information. 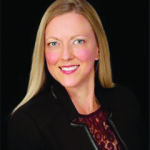