“I Will Teach You Excel: Master Excel, surpass your co-workers, and impress your boss!”

Ever get passed up for a promotion or pay increase and wonder, “Why didn’t I get it”? Ever wonder if your skills are good enough to compete in today’s crowded job market? You work hard, go above and beyond and still can’t seem to get noticed. Many of today’s jobs require that you be familiar with Microsoft Excel. How can you become proficient at Excel when companies aren’t willing to teach you this valuable skill? 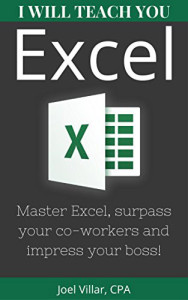 This leaves many people trying to learn as they go and never quite feeling 100 percent comfortable with the program. What’s worse, most people haven’t even scratched the surface of Excel’s potential, even if they’ve been using it for years. If you feel this way, you’re not alone.

What will your career look like in a year if you don’t take action today and improve your Excel skills? How about five years from now? Unless you take matters into your own hands, things may not look much different.

According to a recent Wall Street Journal article, people who show proficiency in Microsoft Excel and other common office applications earn, on average, 13 percent more than those who don’t. For most people, this could mean tens of thousands of dollars over just a few years, and this doesn’t even factor in lost promotions and job offers. Can you afford to leave so much on the table as a result of maintaining the status quo?

“The Art of War” is an ancient Chinese military treatise attributed to Sun Tzu, a high-ranking military general, strategist and tactician, and kindred to the Realpolitik of his time, termed in China as Legalism. The text is composed of 13 chapters, each of which is devoted to one aspect of warfare. It is commonly thought of as a definitive work on military strategy and tactics and has been the most famous and influential of China’s Seven Military C 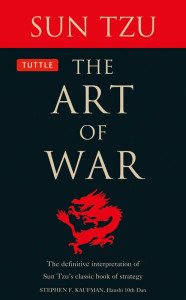 lassics. It has had an influence on Eastern and Western military thinking, business tactics, legal strategy and beyond.

Beyond its military and intelligence applications from earliest days to the present time, “The Art of War” has been applied to many fields well outside of the military. Much of the text is about how to fight wars without actually having to do battle; it gives tips on how to outsmart one’s opponent so that physical battle is not necessary. As such, it has found application as a training guide for many competitive endeavors that do not involve actual combat. There are business books applying its lessons to office politics and corporate strategy. Many companies make the book required reading for their key executives. The book is also popular among Western business management, who have turned to it for inspiration and advice on how to succeed in competitive business situations. It has also been applied to the field of education. “The Art of War” has been the subject of law books and legal articles on the trial process, including negotiation tactics and trial strategy.